Today we proudly release a new version, Graphileon 2.7.0 packed with a lot of new features, and with support for a wider range of graph stores.

We’ve created a video of Graphileon 2.7.0. that takes you through the new and updated features of this version.

If you want to try it or use it for your personal projects, please use this form to get a link to download the free Personal Edition.

Installation is easy, but we made a number of videos available anyway. The first one shows how to install Graphileon and access two Neo4j 4.* databases in Neo4j Desktop.

The next two videos show you how to set up Graphileon 2.7.0 with Memgraph Cloud on Windows 10 and with DataStax Enterprise Graph on Linux.

We’re looking forward to your feedback! If you run into issues, please send an e-mail to issues@graphileon.com.

Three stores instead of two

The Personal Edition now allows for three data stores to be connected simultaneously. One of these has to be the application store which means that you can still connect two more data stores.

Database support has been greatly expanded since version 2.2.0 and Graphileon now supports Anzograph and Datastax (running SPARQL and GREMLIN respectively), as well as different variants of Neo4j and ONgDB.

The following databases (in alphabetical order) are currently supported: 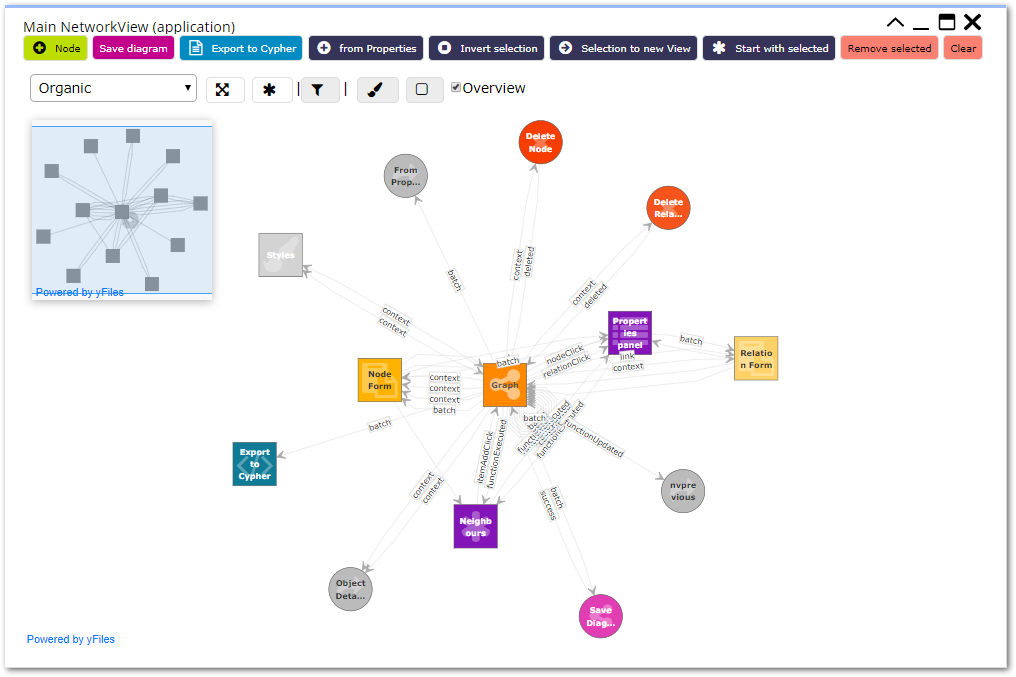 Graphileon Personal Edition now contains yFiles for HTML by yWorks. The main advantage of our yFilesView is that it stabilizes quickly and has the possibility to apply automatic layouts. In addition, it has an overview window and better tools for making a manual selection in the graph. In our yFilesView, you can create relationships by just drawing them between two nodes.

Personal Edition users can easily switch between the yFilesView and the default D3-based NetworkView using the shortcuts on the user panel (Note : a page refresh is required when not in Dev Mode). 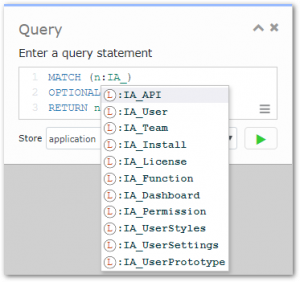 The ‘Query’ panel (previously ‘Cypher’) has been reorganized to take up less space. More importantly, it now allows the user to switch between the default ‘Cypher’ editor and the ‘Cypher editor (beta)’ which has a built-in auto-complete suggesting label and property names. 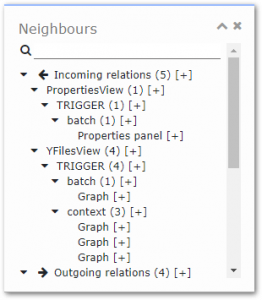 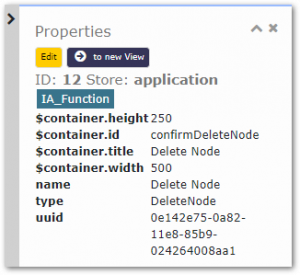 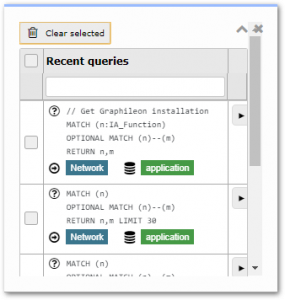 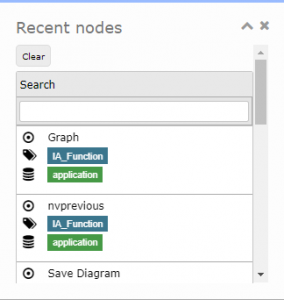 Recent nodes (previously Node History) and Recent queries (previously Cypher History) have been redone. Recent Queries now has the possibility to manage these queries and run them with one click. 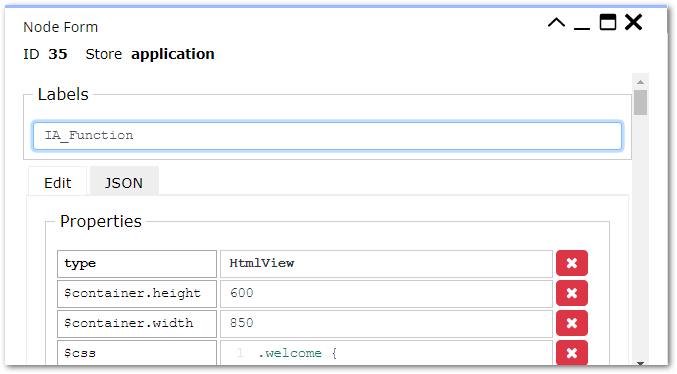 In order to add support for a variety of graph stores, we switched to functions that only require a single label, and store the function type in a type property. For example, in 2.2.0 an HtmlView had the labels IA_Function and IA_HtmlView. In 2.7.0, this has become a label ‘IA_Function’ and a property type with value ‘HtlmView’.
Graphileon 2.7.0 is backwards compatible with applications using multiple labels.

Graphileon is now using a unified query Function (IA_Function {type:’Query’}) that can store and run queries on all supported data stores. This query Function has separate cypher, gremlin and sparql properties and replaces previously used IA_Neo4jQuery and IA_CypherQuery Functions,

Batch triggers, which translate to the buttons in the toolbar of a View, can now be displayed conditionally using the condition property of the batch trigger.

Pattern-based permissions to control access to functions and data

A full list of changes since version 2.2.0 can be found in our Release notes. 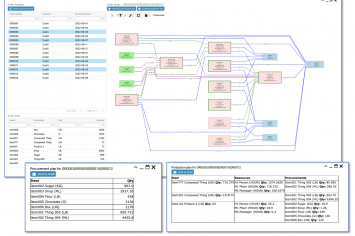 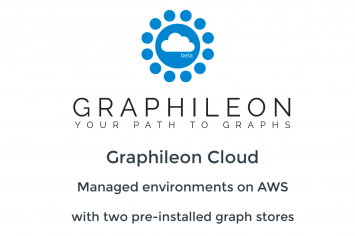