Assume you have set up your permission structure like this:

In our case we decided that the permission that a User has on a particluar Project is equal to the highest permission to any node n that is linked to the project. Since we have a lot of hiearchical structures, we can now for instance set permissions to all Projects that are somewhere in a specific country of region, just by setting team permissions to the relevant geographical branch.

The picture above gives an example:

So, User 1 has a level 1 permission to all projects in Burundi, and a level 2 to projects in the Gitega Province. when the project in funded by the Equity Bank Foundation, , User has even a level 3 permission.

Calculating the highest permission of for a given combination of User and Project is easy:

The list of all projects and permissions that a User has access to isn’t a problem either:

But these queries only give you the end result. If you really want to understand the results of your permission settings, nothing beats a visualization like in the image above, which is produced with this Cypher:

By the way, the image above is a screenshot of a NetworkView that is part of our InterActor product. You can create dashboards like the one below in under an hour. InterActor helps you to unleash the power of Cypher to your Neo4j graph store and build applications. And you don’t even need to be a developer! 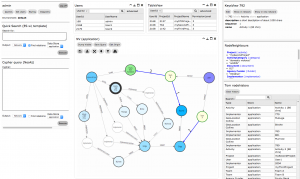 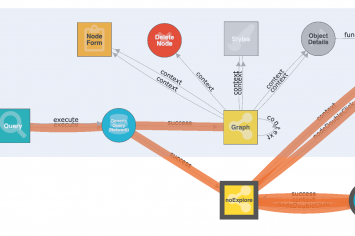 Graphileon’s default configuration, in most cases, sufficient to browse and edit the contents of your application and data stores. However, sometimes you may want to extend or modify the Graphileon default behaviour. For instance, if you want to: Remove some of the default context menu options, or replace them with others; Replace the ‘get neighbours” … Continued 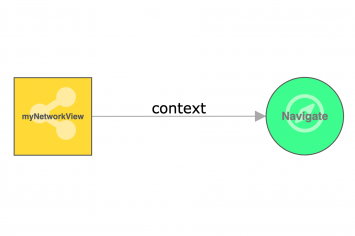 Navigating to our documentation 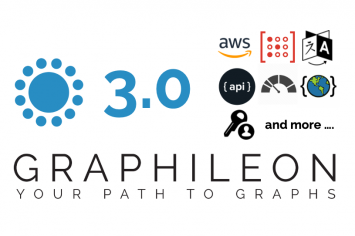 Graphileon releases version 3.0, packed with new stuff! Today, after many months of hard work, we are proud to release Graphileon 3.0. In this release, we put a lot of new functionality as well as many improvements. We also made Graphileon available on AWS, with a new licensing model that is based on functionality. The … Continued